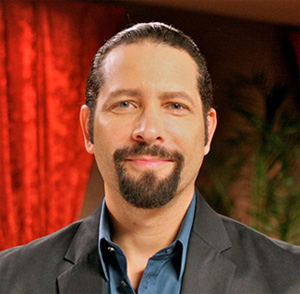 It is a pleasure for me to either introduce or better acquaint you with Film Producer & Distribution Expert Jerome Courshon, who knows the ‘game’ of distribution as a Producer in the trenches. In this 3 part Filmmakers Notebook Q &A he’s sharing invaluable information regarding film distribution that he’s learned from his experiences ranging from the film festival circuit to self-releasing his first movie into theaters to securing distribution with Warner Bros., Jerome has faced innumerable obstacles and it’s this real world “what works, what doesn’t” approach that he is able to share with fellow filmmakers to help them attain success. For over the past 6 years, he has assisted hundreds of Producers & Directors with achieving real distribution through his classes, speaking engagements and consultations.

What made you decide to share your knowledge with other filmmakers and begin teaching your class, “THE SECRETS TO DISTRIBUTION: Get Your Movie Distributed Now!”?

It was a convergence of reasons. One, I had been writing articles on distribution for film publications periodically, and whenever I did that, I would get an avalanche of filmmakers contacting me for help. So I’d spend some time with them on the phone, but it wasn’t anywhere near enough to really coach someone through this complicated process, and that felt unsatisfying. There was no way someone could learn the distribution ‘game’ in an hour.

Another reason was some close colleagues had finished their movies, had of course seen the success I’d achieved with my movie and asked for my help. Those filmmakers wanted traditional distribution deals, and they accomplished that in 4 months with my methodologies and guidance. (And the deals were good.) These colleagues then badgered me for quite some time, feeling I should share what I know, particularly since no one else in the world was sharing or teaching a comprehensive approach to film distribution.

There are now a few others out there teaching about distribution, but no one is as comprehensive as I am, from theatrical distribution on down to digital/online distribution. I believe in maximizing the revenues one can generate with their movie or documentary, and to do that, you need to exploit every possible major market. As strange as it may seem, not everyone who teaches about distribution subscribes to this point of view.

Are there any major differences between your live 2-Day course and your DVD Program?

Yes, the biggest difference is that my “home study” DVD Program is actually 3 days of material, while my live classes are only 2 days long. I’m frequently asked which is better, and I feel they’re both excellent (of course). But the big advantage to my DVD Program is not only the extra full day of valuable material, but the fact that you can replay sections over again. It’s a tightly edited Program and packed to the gills, so I hear from Producers & Directors who tell me they’ve gained even more from multiple viewings of various sections.

What are the biggest changes you see coming in the area of distribution for filmmakers and how do you think they should prepare for them?

The biggest changes are already here, and I say this because the marketplace for film is the most fragmented it’s ever been for filmmakers. The physical packaged media market is still huge today — despite premature pronouncements of its death — and the VOD and online markets are growing. It is NOT just one or the other, post theatrical, that one should only pay attention to.

Also, there is enormous experimentation going on by the studios and major independents, with regards to Day & Date, with premium VOD, and so forth. Distributors are constantly playing around with what will maximize a film’s earnings. At the same time, the studios are very cautious in not wanting to screw themselves out of earnings, by doing something so “out there” that it doesn’t work. Innovation, therefore, tends to come from the smaller distributors, such as Magnolia and IFC, who were at the forefront for years with Day & Date. (“Day & Date” is when a film is released into more than one market at the same time. For example, into theaters and on VOD the same day. Or into theaters and on DVD the same day.)

If I were to make a prediction, it would be that in 5 years from now, distribution may be a simpler process for filmmakers. You know, it was only as recent as 1.5 decades ago when the process was simpler for filmmakers: Make a movie, make an all-rights deal with one distributor, and you were “done.” Nowadays, unless that all-rights deal is meaningful in terms of a monetary advance, it can be your film’s death sentence.

What filmmakers need to do today, if they’re in production currently, or pre-production, or their film is completed, is to learn about the markets now. As they are today. Understand how to access the theatrical market, the DVD market, the VOD market, the digital/online markets, the foreign markets. And understand what kinds of revenues are available in these markets. Particularly if you’re out there raising money, you should look brilliant to your potential investors, by being able to explain all the markets, how they work together, and how you’re going to recoup their investment. Without a full understanding of this, I have no idea how anyone can successfully raise independent financing from an investor.

Which concepts regarding the full range of current distribution options do you find are the most difficult for filmmakers to grasp and what suggestions would you offer for fixing this?

How much time do I have here??

One predominant issue that is confusing to many is the VOD market. To bring clarity to this, I break VOD down between the 2 major ways it is delivered today: 1) the cable, satellite, and telephone companies (“telco”); and 2) the internet.

Why? Two reasons. One is that accessing each of these has been different in the past, and secondly, how to achieve successful sales via each of these requires different strategies.

For example, you get your movie onto Comcast and Time Warner and DirecTV. Great, congratulations. How do you market your movie there? How do you get the subscribers of those services to find you on their systems and buy a viewing of your movie? You will make some sales without marketing/advertising, but if you want serious sales, you must market & advertise directly on those systems. And you know why? A) Because without stars in your film or major box office, those systems won’t be advertising your film for you; and B) The interfacing & navigation on many of the cable/satellite/telco systems is complicated and most potential viewers won’t find you. On some systems, one actually has to do a search for a specific title that’s just debuted on VOD! And if your potential audience has to know about you first, before searching for you on their system, good luck making sales from them without marketing.

Now when it comes to the internet platforms such as Amazon, Hulu, Vudu, etc., I am not going to say marketing is easier, but it’s simpler. You can, for example, do a Facebook ad about your movie and drive traffic to any platform you want. Or drive traffic to a page that shows (and is linked with) every platform your film is on. Now your audience can easily find where your film is, and then choose which platform to watch it from. But this doesn’t mean you should skip cable/satellite/telco VOD. Just because that seems more complicated, or is more challenging on some systems for people to find your film, the monies you can generate here with proper marketing can be significant.

Lots of filmmakers believe they would be better off having a producer rep, but you don’t seem to think this is always the best route to take. Under what conditions do you recommend hiring a producer rep and when isn’t it worth it?

Barring the situations where someone had a producer rep for their premiere at the Sundance, Toronto or Cannes film festivals, I do not know many Producers or Directors who were happy with the deal(s) their producer rep got for them.

The one situation where it can be helpful is if you’re premiering at one of the top three film festivals just mentioned. Having someone help you build buzz before the premiere, and then manage what you hope will be a feeding frenzy of offers after the screening is important. (The top agencies in Los Angeles all have independent film divisions, so one of them could be your rep as well for this scenario.)

Also, producer reps are not always on your side — as you presume. If they’re submitting 10 new movies every month to the distributors on their list, and then “Distributor Bob” tells the rep they want your film, what makes you think your rep is going to fight for the absolute best deal for you? Because you and the rep have become best friends? Because you and the rep have a wonderful rapport?? The truth is, your rep’s allegiance will — at best — be equal between you and “Distributor Bob.” But more than likely, your rep’s allegiance will lean toward the distributor. So not only might you not get the best deal possible, you will not get a contract that is what I call “neutral” between you and the distributor. Particularly if your rep is reviewing the legal contract and handling the back and forth contract notes.

At minimum, achieving a “neutral” contract — meaning it doesn’t favor the distributor over you (but may not favor you over the distributor, either) — is crucial. If you sign a boilerplate contract from a distributor, OR you sign a contract that your producer rep has said is okay to sign — but you didn’t have reviewed by independent counsel? I guarantee you that you’ll be missing very important protections that need to be in that contract. Guaranteed. And this is why many filmmakers end up getting screwed.

Hope you’ve enjoyed Part 1 with Jerome.  While you’re waiting for Part 2, please follow him on Twitter @Distribution411 and read his biography below for more information.

Film Producer & Distribution Expert Jerome Courshon knows the ‘game’ of distribution as a Producer in the trenches. From his film festival journeys to self-releasing his first movie into theaters to securing distribution with Warner Bros., Courshon has faced innumerable obstacles. And it’s this real world “what works, what doesn’t” approach that he is able to share with fellow filmmakers to help them attain success. For over the past 6 years, Courshon has assisted hundreds of Producers & Directors with achieving real distribution through his classes, speaking engagements and consultations. For more info about him or his 3-Day Program “THE SECRETS TO DISTRIBUTION: Get Your Movie Distributed Now!” visit: http://www.Distribution.LA